Photo provided by Command Campaign Hugo Chavez shows Venezuela's Acting President and presidential candidate Nicolas Maduro clapping with supporters as President of Venezuelan Parliament Disodado Cabello drives the vehicle before a rally in Barinas, Venezuela, April 2, 2013. The electoral campaign in Venezuela, heading for the upcoming presidential elections on April 14, officially started on Tuesday and will run for 10 days, during which the candidates will present their proposals to the entire country. , April 2, 2013.. Photo by Imago / i-Images...UK ONLY.. 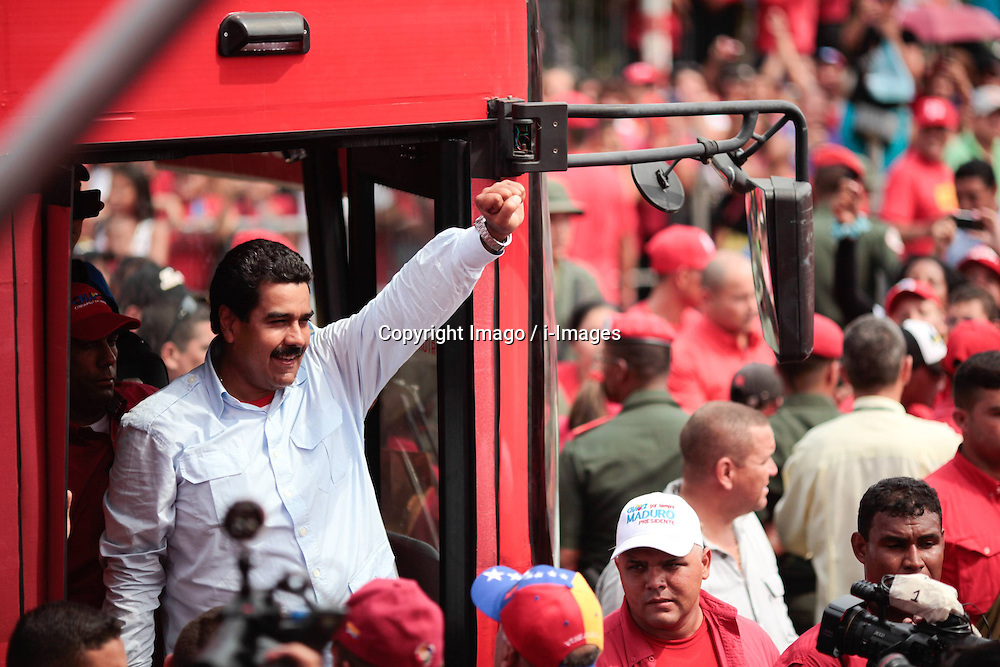