Skyscrapers of the City district of London can be seen from the Royal Observatory in Greenwich, UK. on April 23, 2013. The Office for National Statistics said its preliminary estimates for gross domestic product (GDP), showed the economy grew by 0.3% in the first three months of the year. The figure means the economy avoided two consecutive quarters of contraction - the definition of a recession, April 25, 2013. Photo by: Andrew Parsons / i-Images 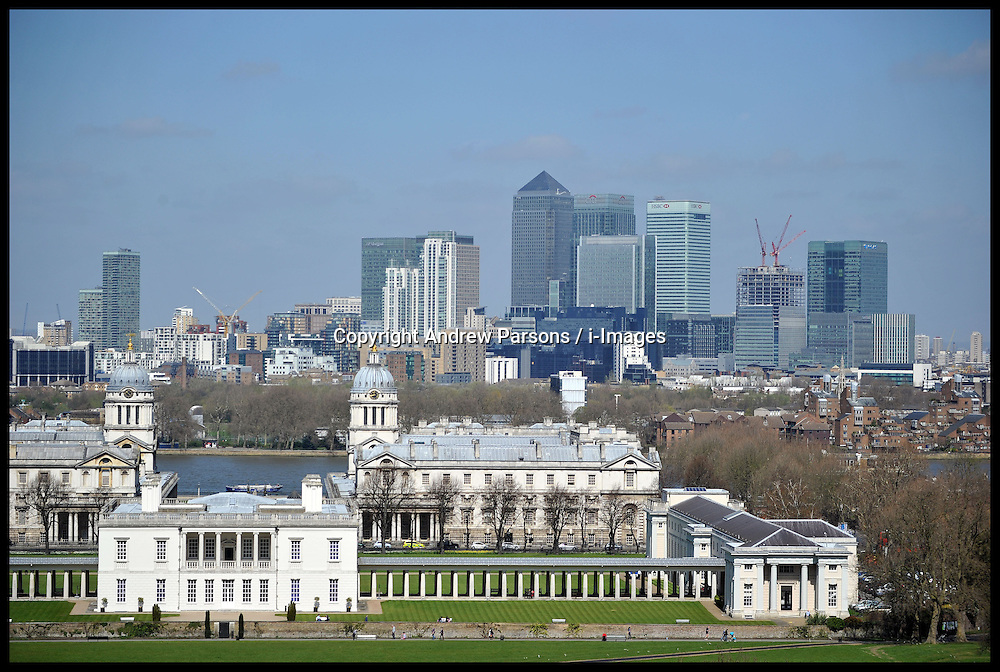