File Photo - Prime Minister David Cameron leaves official red box behind on train.
The Prime Minister David Cameron at Derby Station on his iPad after launching the Local elections in Afreton, Monday April 16, 2012. Photo By Andrew Parsons/I-images
The Prime Minister who was going to a wedding near York got the 7.44am train at King’s Cross on Saturday 7th September 2013, The PM departed the train, leaving the red box behind with the key still in it and no security within touching distance. A No10 spokesman said last night: ‘The box was not left unattended. “The Prime Minister’s security detail was there at all times.” Monday 9th September, 2013. Photo By Andrew Parsons / i-Images. 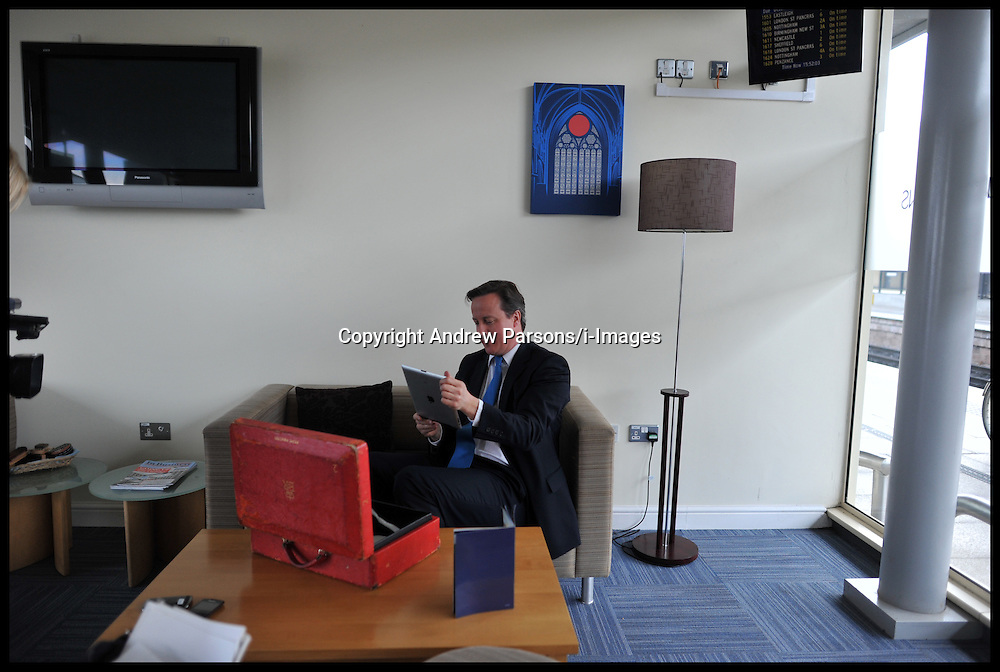