59860284
Barack Obama, president of the USA, and German Chancellor Angela Merkel (right) during a press call at a state visit of the Chancellery in Berlin, Germany. Barack Obama will walk in John F. Kennedy's footsteps this week on his first visit to Berlin as US president, but encounter a more powerful and sceptical Germany in talks on trade and secret surveillance practices. International Politics, Berlin, Germany on Wednesday 19 June, 2013. UK ONLY 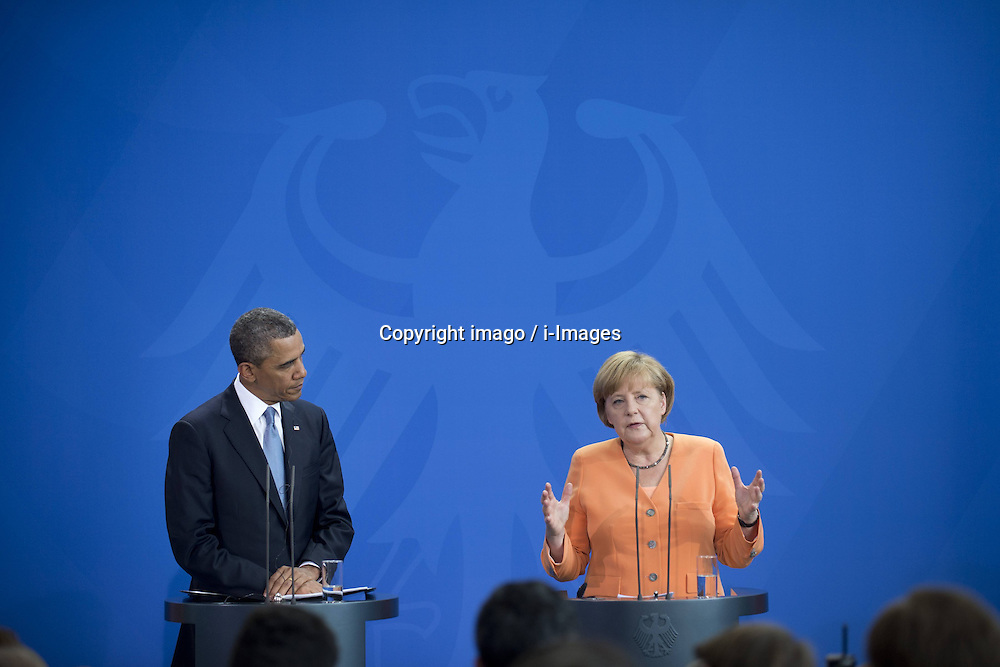