Vicky Pryce arrives at Southwark Crown Court for the start of her Trial. Chris Huhne's ex-wife Vicky Pryce is on trial over a speeding offence a decade ago. Pryce denies perverting the course of justice by taking Huhne's points in March 2003. He dramatically changed his plea to guilty, then resigned as an MP, at the start of their joint trial yesterday, Southwark Crown Court, London, Tuesday February 5, 2013. Photo By Andrew Parsons / i-Images 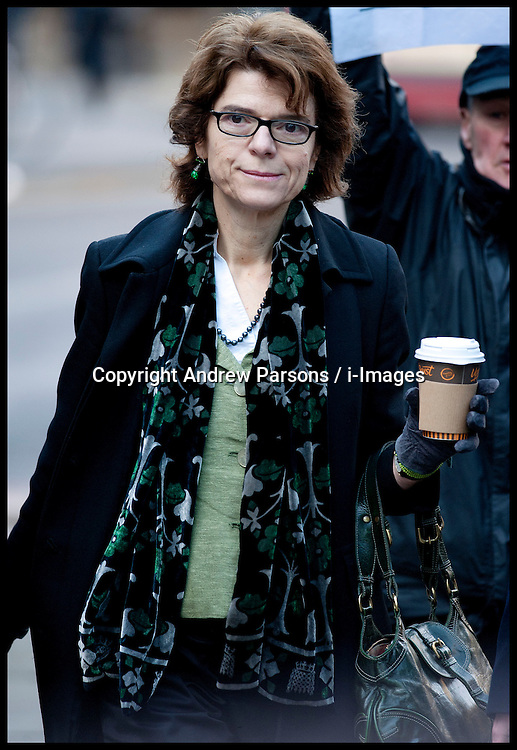