People enter a branch of Laiki Bank before the reopening of the bank in Nicosia, capital of Cyprus, on March 28, 2013. Surprisingly few lined up outside banks in Cyprus when they reopened for business at noon on Thursday -- to the relief of authorities which have feared a run on the banks following a closure since March 16. Strict limits on bank transactions have been announced by the Central Bank and the ministry of finance in a bid to prevent a massive outflow of cash. A Central Bank official said banks would be open for transactions between 12:00 noon and 18:00 local time (10:00 GMT and 16:00 GMT), instead of the normal 08:30 to 13:00 local time bank hours. The decree imposing controls on bank transaction limits cash withdrawal to 300 euros per day per bank account and entirely prohibits payment by check. However, credit card holders can use them for commercial transactions for unlimited amounts of money., Nicosia, Cyprus, March 28, 2013. Photo by Imago / i-Images...UK ONLY. 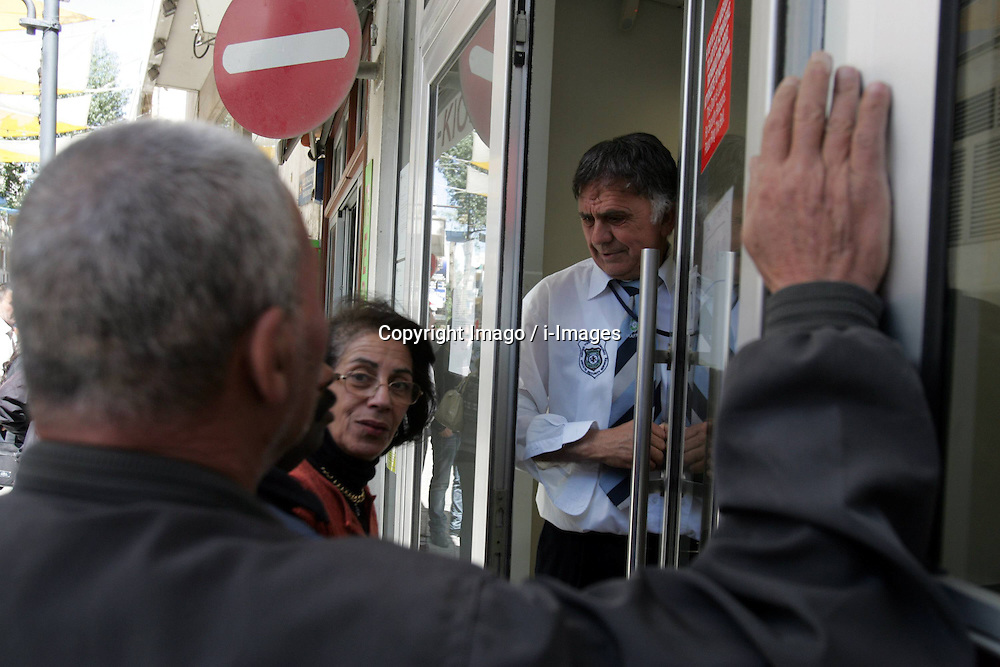